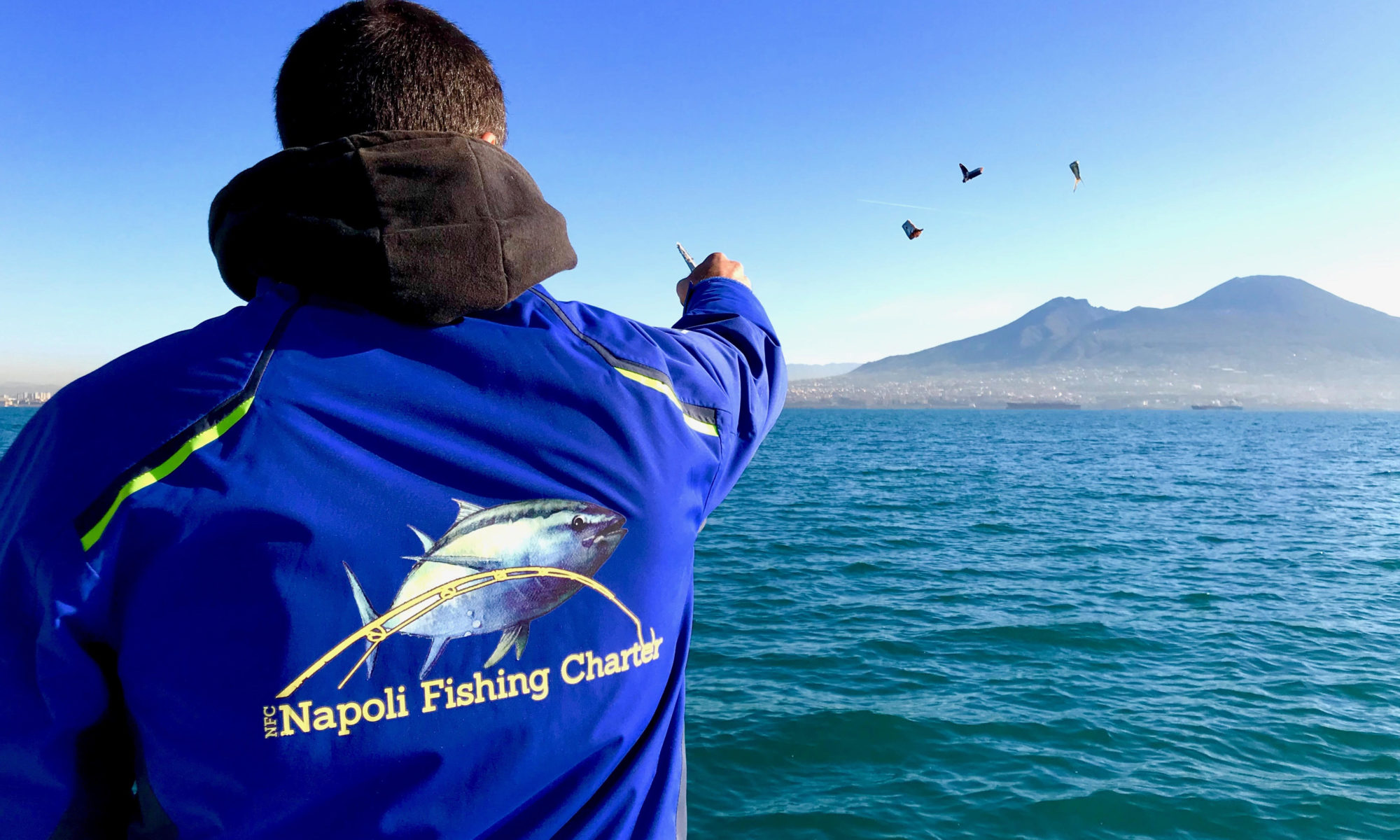 Drifting is the term that distinguishes the fishing of giant tuna from the boat.

A modified military parachute tied by chains and reel to the boat allows the same to drift according to the currents at a minimum speed.

One of the peculiarities of drifting is the exclusive use of sardines  or Alaccia  as bait.

During drifting baiting is continuous. This continuous baiting with the sardinesor Alaccia, carried out with a particular technique is called swiping. Drifting is not within everyone’s reach, both in terms of experience and in terms of economic resources required.
In order to be able to do tuna drifting we need a boat with strong offshore characteristics and top fishing gear is essential as the capture of a giant tuna does not end with the bite. On the contrary, the challenge starts right then and it may take 2 to 3 hours to take onboard a 200 kg fish.
The technique used to fight giants is called “stand up”; the fight is done standing, fixing the barrel to the harness, in this way fishing rod and fisherman become one and with the bending of legs the rod will do up and down as if the arms were used.