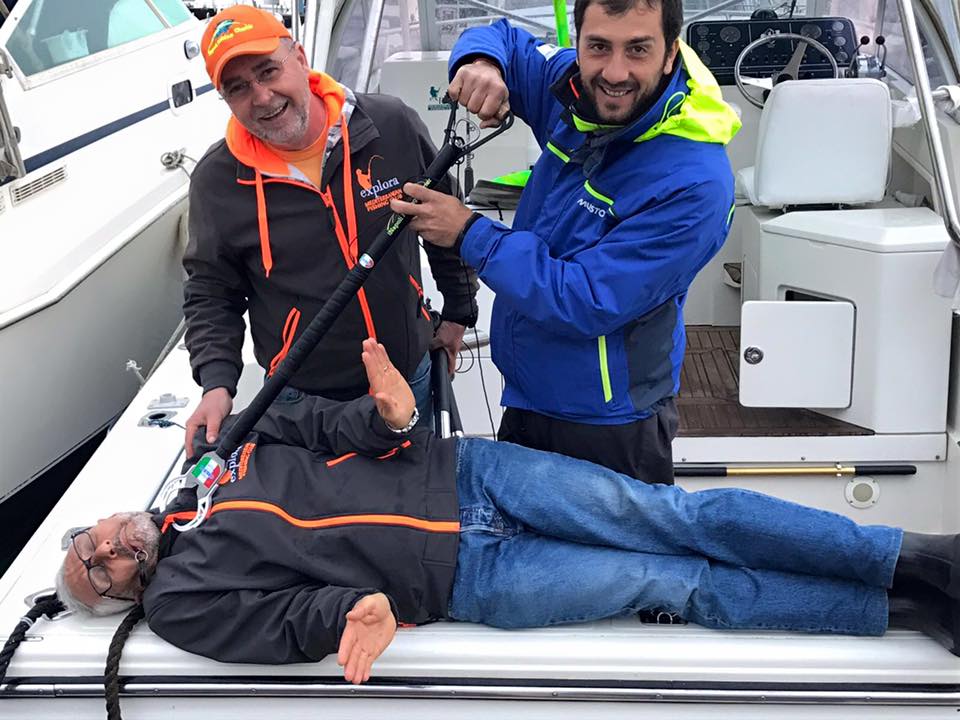 Vincenzo isn’t a professional fisherman, he is driven by a much stronger and deeper motivation: from the first years of his life he shows an uncontrollable interest towards the sea and more particularly towards fishing.
Today he decided to make his experience available and what he has learned over the years to entertain others and to teach love towards nature and the sea.
He learns everything in the waters of the Gulf of Naples. Now a day he knows it like very few know it and despite being very young, the results during his fishing trips speak for him: Vincenzo rarely returns to port empty-handed and when it happens, most of the time is because he practices the Catch & Release!
Today he enjoys touring Italy in search of new fishing experiences and wants to offer his customers the same emotions.
Vincenzo Ostuni

The sea master has decided to share long-lasting experiences and secrets with us, positioning our fishing group on a very high level of reliability.
Francesco Russo the Old Gandalf